BlackRock Says Investors Should Prepare for Trade Wars, Not Panic 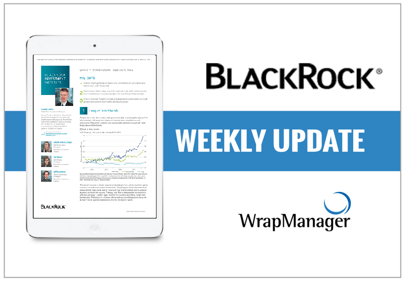 Trade tensions are here to stay. Even without a full-blown trade war, escalating frictions could weigh on business confidence – and growth. Economic fundamentals are still running strong and underpinning our risk-on view in the short term, but we advocate building increased resilience into portfolios as macro uncertainty rises.

Economic tensions between China and the U.S. have shot up, confirmed by our BlackRock Geopolitical Risk Indicator. This has coincided with an out performance of quality stocks, as the chart shows. Investors appear to be heeding risks, trade included. Trade risks are not limited to China. The prospects of a North American Free Trade Agreement (NAFTA) deal have deteriorated. The European Union (EU) and others have retaliated against U.S. steel and aluminum tariffs, while the U.S. has threatened to impose tariffs on cars imported from the EU.

Prolonged tit-for-tat actions could affect the economy through two channels: First is the impact on confidence, which could lead companies to delay investment and spending. Second is the direct impact of tariffs as they push up costs and depress demand. The breadth and depth of global supply chains will amplify this impact. China-U.S. tensions run deep, with the U.S. trade deficit as the headline issue. Ultimately, a full-blown trade war is in neither party’s interest. A limited agreement to reduce the U.S. trade deficit with China looks feasible. Yet we see rivalry in the technology sector as a more fundamental issue that could lead to enduring tensions.

China is unlikely to compromise on its key strategic goals in developing its high-tech manufacturing sector. A key event to watch: The U.S. government is expected to announce restrictions on inbound investments from China on June 30. These restrictions could affect the Chinese supply chain and harm the ability of its “national champion” companies to import critical technology – mostly from the U.S. What may lie ahead? We highlight three key signposts: Will there be deal discussions between senior officials of the two countries? How much pressure to retreat will the White House get from Republican legislators and U.S. firms? To what extent will U.S. companies
in China be pressured by local authorities? The answers to these questions may provide some guidance as to whether the next move is toward a deal or more bouts of tit-for-tat. Yet some form of investment restriction is likely to come first.

Download the complete BlackRock commentary here to see the chart of the week and see what they feel is important in the week in review.

Get Free Research Reports on BlackRock