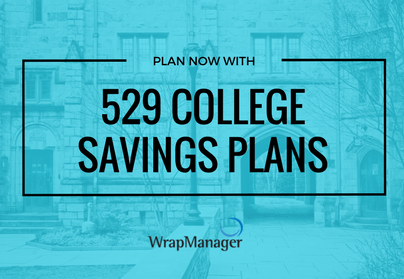 With the cost of education continuing to rise, and the requirements for minimum workforce entry showing no likelihood of decreasing the importance of a post-secondary education, it’s more important than ever that college costs are considered and incorporated into your budget as early as possible. For all the readers who have children, grandchildren, nieces and nephews who are a constant source of excitement and joy, making sure these children get a world-class education is of paramount importance.

But paying for college is a completely different ballgame.

The chart below puts the reality of post-secondary schooling expenses rather bluntly. For a baby born in 2016, the projected cost of a four-year private college approaches half of a million dollars, with the figure at nearly a quarter of a million dollars for public schools. You are not reading this chart wrong – college tuition expenses are soaring into what can easily be considered unreasonable territory. 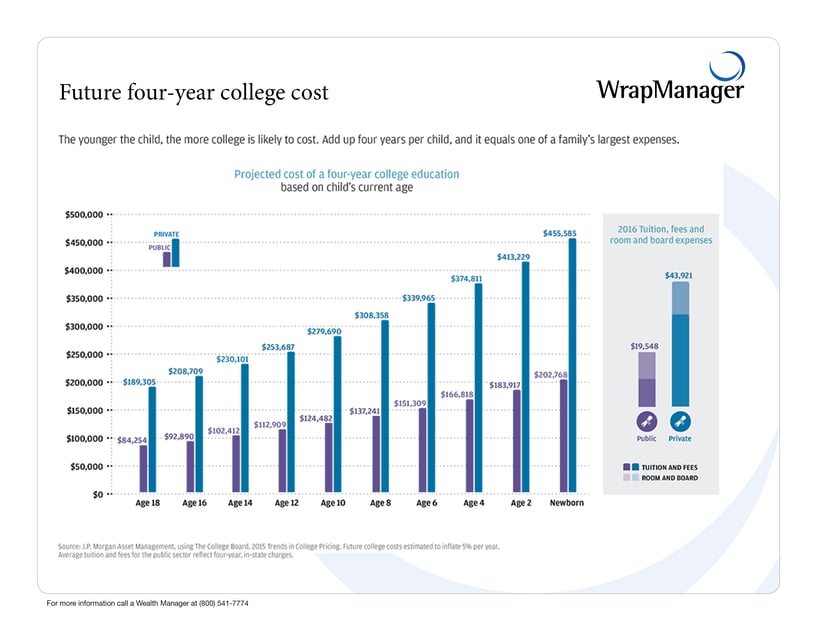 It follows that student debt levels are also soaring. According to the College Board’s 2015 Student Aid Report, the class of 2016 is the most indebted in history, with an average of $37,672 owed per student. The New York Federal Reserve published similarly staggering statistics in 2015, in assessing that Americans carrying at least $100,000 in student loan debt have more than quintupled in the past decade to just over 1.8 million.

These numbers are a lot to take in, but the bottom line is fairly clear: for most families, it makes sense to make saving for college a part of your overall financial plan as soon as possible.

Of course, with tuition numbers high and rising, it may not be feasible to pay for college in its entirety when the time comes. But investing over time in a tax efficient way can at least help you (and the recipient) plan for the costs, and perhaps put a big dent in the overall four-year (or more) expense.

That’s where 529 savings plans come in. 529’s are state sponsored college savings plans that allow a family to save and invest in a tax-advantaged way. Though your contributions are not deductible, according the IRS, the earnings (growth) of your invested dollars are “not subject to federal tax and generally not subject to state tax when used for the qualified education expenses of the designated beneficiary, such as tuition, fees, books, as well as room and board.”

So, you can sock away money and invest it with tax-free growth and tax-free withdrawals. The tax advantages of 529s are crucial, but that may not even be the best part.

The Best Part? Everyone in the Family Can Chip In

You can make saving for college a family affair! Once a 529 plan has been opened for a member of the family, anyone can make contributions to the account. For argument’s sake, let’s say a new member of your family is your granddaughter Sarah. If you open a 529 plan for Sarah, anyone can make contributions to it – an aunt, a sister, a distant cousin, even a friend! You can also open a 529 plan and choose anyone you want as a beneficiary – a grandchild, a nephew, even yourself!

There is a lot of flexibility. If Sarah from our example above impresses beyond expectations and gets a full scholarship, not to worry! You can change the beneficiary of a 529 to another person, with no tax consequences. Your 529 plan can be used in many ways and for different people over time, so if you have a big family with a lot of aspiring youngsters, it could be a good option for you to explore.

Talk About 529 Plans with a Wealth Manager

At WrapManager, we can talk to you in more detail about how college saving plans work and how you can set one up. In the very least, you can talk to one of our Wealth Managers about what options exist in the marketplace and whether one may be right for you given your financial situation. Give us a call at 1-800-541-7774 to start the conversation today!