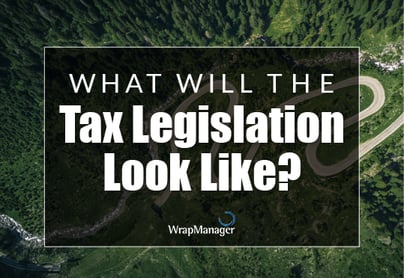 The Senate and the House have passed their own versions of tax reform, but the work of making tax reform law is far from over. From here – and perhaps over the next few weeks – a conference committee of House and Senate Republicans will convene to try and iron out the differences between the two bills. This reconciliation process is no layup, but conference committee proceedings also rarely fail. The bigger question at hand may not be if Republicans can get tax reform done. But rather: can Republicans have a bill on the president’s desk by Christmas? Time will tell.

As the debate rolls on in Congress, we thought it’d be a good opportunity to look at some of the key features of the bills – what they have in common, and where the biggest differences lie. Let’s start with what both chambers of Congress agree on the most. First is slashing the corporate tax rate, from 35% to 20%. But even there, the House wants the cut to go into effect immediately while the Senate would delay the cut to 2019. Both bills would also cut most state and local deductions, while also raising the standard deduction. As far as the child tax credit, the House bill increases it to $1,600 and the Senate bumps it to $2,000.

One of the least reported commonalities is the re-tooling of the tax-free formula that allows home owners to pocket up to $500,000 in capital gains on the sale of their personal residence. Both bills increase the time period of home ownership and use from 2 out of 5 years to 5 out of 8 years (available once every 5 years). The House bill phases this out for joint filers at $500,000 AGI, while the Senate bill has no phase-out. Onlookers can reasonably expect all of these items to make it into the final version.

House vs. Senate: What's Expected to be Hotly Debated

The reason that the conference committee proceedings could be tense is rooted in the wide differences that exist between the two bills. Here are seven of the key provisions to watch:

There are also other, less frequently reported adjustments to the tax law that could directly impact investors. One significant proposal is disallowing what’s known as “recharacterization,” where an investor has converted their IRA into a Roth (and paid the associated taxes) but then decides later they want to switch back. Under the new provision, there’s no switching back.

There is also a proposed adjustment to capital gains treatment. Under current law, an investor can decide which shares of a security you want to use as your cost basis, so you can manage the potential tax burden. The new law may seek to make investors either sell the first shares you bought ("First In - First Out," FIFO) or use the average cost basis of all shares, if your brokerage provides it. This removes some flexibility from the investor’s hands, potentially.

For people living in high tax states, one of the biggest structural changes in the individual income tax is its impact on the role of itemized deductions. According to the Tax Policy Center, itemized deductions would become irrelevant for more than 90% of all households because both bills boost the standard deduction and repeal most of the state and local (SALT) tax deduction.

Whether you want to celebrate or mourn, Senate Republicans have proposed slashing federal alcohol taxes – which affects beer, wine, and liquor alike – across the board by about 16%.

Have Questions about How the Tax Changes May Affect You?

Call a Wealth Manager today to discuss your personal financial situation and whether you may be affected by any changes to 2018 tax laws. Some tax changes may call for making adjustments to your investment plan, and while WrapManager is not a tax advisor or a tax professional, we can help you stay informed and aware of these changes. These are interesting times, and we’d be happy to be your point of contact for discussing these issues as they unfold. Reach out to us today at 1-800-541-7774 or send an email to wealth@wrapmanager.com to start the conversation.