How Jobs and Financial Markets Intersect 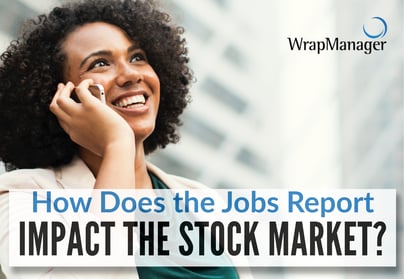 How important are jobs and the unemployment numbers to financial markets? So important that strict rules were put in place over 30 years ago in an effort to prevent the numbers from being prematurely released to the public.

Generally speaking, the only people with access to the numbers – before their official release – are the staff of the agency issuing the data, and the President of the United States and his executive team. Since the jobs numbers are considered “market-moving data,” it makes sense that the data should be treated, in a sense, like insider information.

Here’s how it works: The Bureau of Labor Statistics (BLS) releases its monthly employment report on the first Friday of the month, at 8:30 AM. But the night before, the president and several senior administration officials — including the Treasury secretary and the chairman of the Council of Economic Advisers — are briefed on the numbers. By rule, no one can discuss the numbers at all before the official release at 8:30 AM. In fact, the data is considered so sensitive that staffers are supposed to wait until a full hour after the release to make any public comments about it.

Market watchers tend to eye the jobs data closely, searching for signs of the economy’s overall strength. In the short term, the market sometimes responds quickly to whether the data is better or worse than expected. In the long-term, as you can see from the chart below, there are a few cases in modern history where a rising unemployment rate precluded a recession (gray bars). There are zero cases when a recession did not result in rising unemployment¹: 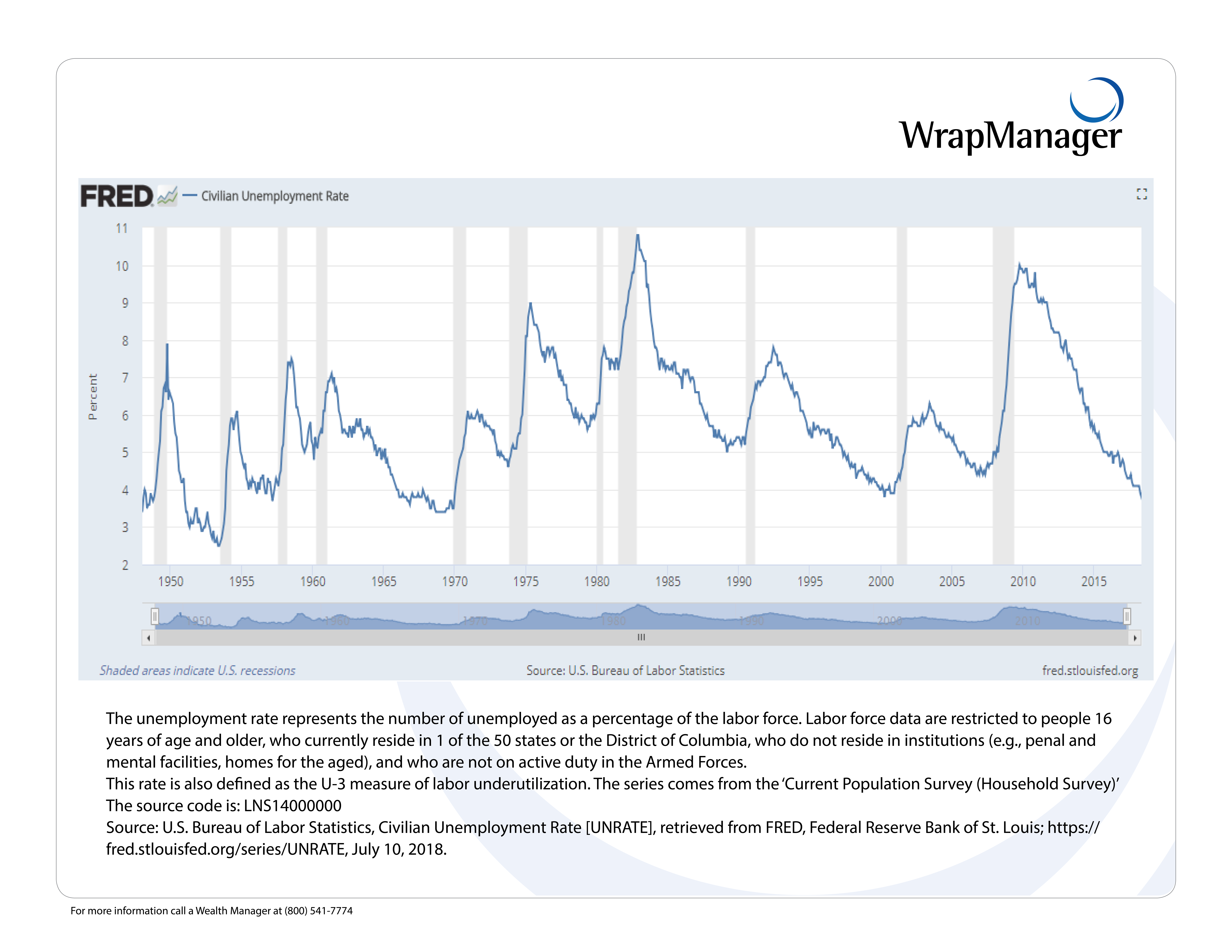 The sheer importance of jobs numbers to financial markets helps explain why there was a minor dustup when, at 7:21 AM on the morning of the official May release, President Trump tweeted “Looking forward to seeing the unemployment numbers at 8:30 this morning.” The tweet is far from specific, and traders disagreed on whether it actually moved prices given the constant fluctuation of prices. But it made headlines nevertheless.¹

So did the jobs numbers in May. The report showed that the US economy added 223,000 jobs, with the unemployment rate dipping to 3.8% – the lowest level in 18 years. Stocks rose on the news.²

For readers, the next piece of data is good one to have in your back pocket, particularly if you have a child or grandchild who is on the fence about attending college. Data showed that 9 out of 10 new jobs created in the last year went to those with a college degree. Similarly, Georgetown found that two-thirds of the new jobs being created need some post-secondary education, with about a third needing at least a bachelor’s. On the flip side of that, the trend shows that for those with a high school degree or less, employment has been on the decline.³

529 plans are a resource for those who want to put money away for higher education, whether for a son, niece, granddaughter, or any family member. 529 plans generally allow for tax-deferred growth and tax-free withdrawals for qualified education expenses. And as we learned from recent data sited in this article, higher education is imperative for a role in the modern economy. To learn more about 529 plans and strategies, reach out to a Wealth Manager at WrapManager today, at 1-800-541-7774. We’ll help you get started.