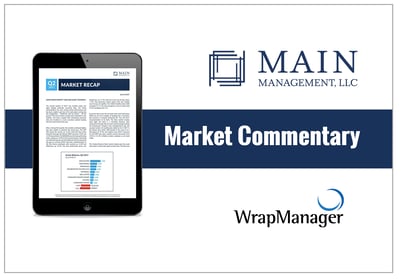 The second quarter of 2018 saw a marked decline in volatility from the first quarter. The prevailing feeling in the US equity markets was decidedly more positive. On the whole, the economic picture in the United States improved from the first quarter. Inflation is nearing the Fed’s target of 2% for the Core Personal Consumption Expenditures reading. The manufacturing PMI readings in the U.S. show that the sector continues to expand. The labor market also remains very tight but wage growth remains below 3%. The unemployment rate fell to 3.8% in May, the lowest level in 18 years and the non-farm payrolls have averaged a gain of 207,000 jobs so far this year. On the back of this strong data, estimates for second quarter GDP range from 3-5%, up strongly from the 2.2% estimated for the first quarter. The data is indicating that first quarter was likely more of an anomaly than a trend. The Federal Open Market Committee raised rates for a 7th time in June and conveyed a more hawkish view which indicates that 2 more rate hikes are likely in store for the rest of 2018.

Internationally, things are more uncertain. Manufacturing PMI numbers continued to cool outside the US, but are still comfortably in expansion territory for the most part. On a more granular level, a few countries had major developments. Italy was in the headlines as they avoided a collapse and the populist government was sworn in. Next up: the Italian budget this fall. The European Central Bank is watching these events closely and they likely contributed to its dovish statement that came as a surprise to markets. The ECB laid out its plan to exit from quantitative easing but that it would also likely not raise rates until July 2019. On the back of strong economic data domestically, the U.S. dollar has seen considerable strength over the past few months which has been exacerbated by the divergence in monetary policy in central banks around the world. This dollar strength has caused problems in Emerging Markets, raising questions about trade competitiveness and debt servicing costs, and the result has been very profound in certain areas, like Brazil, Argentina, and Turkey, which has seen their currencies fall precipitously. Higher oil prices have raised concerns about oil-importing countries, particularly in Emerging Markets. Focus has also been on China and its trade relationship with the U.S., with both sides threatening tariff impositions that may lead to an outright trade war. In the meantime, China has begun cutting rates to help its economy. President Trump has also been in the headlines for his meeting with North Korea’s Kim Jong Un and the agreement which could lead
to denuclearization in North Korea.

As we move into the second half of 2018, the market environment is continually changing and demands
constant attention. Sector and geographic selection remains very important as regions and individual countries
are exhibiting contrasting behavior in the face of an array of economic challenges. The White House and the FOMC
remain in focus as their actions have a wide reach and the potential to greatly affect markets across the globe.
Valuations are more in-line with historic norms. Our belief that the global economy remains strong but that we
are likely moving into the later stages of the expansion continues to be confirmed by the data coming in from
around the globe. Domestically, earnings estimates remain strong, with forecasts calling for 21% growth in Q2 and
26% growth for the full year of 2018. As we expected in the first quarter, the economic data has been much more
mixed as different areas around the globe find themselves at different points in the economic cycle, reinforcing the
importance of remaining vigilant to take advantage of opportunities as they present themselves.